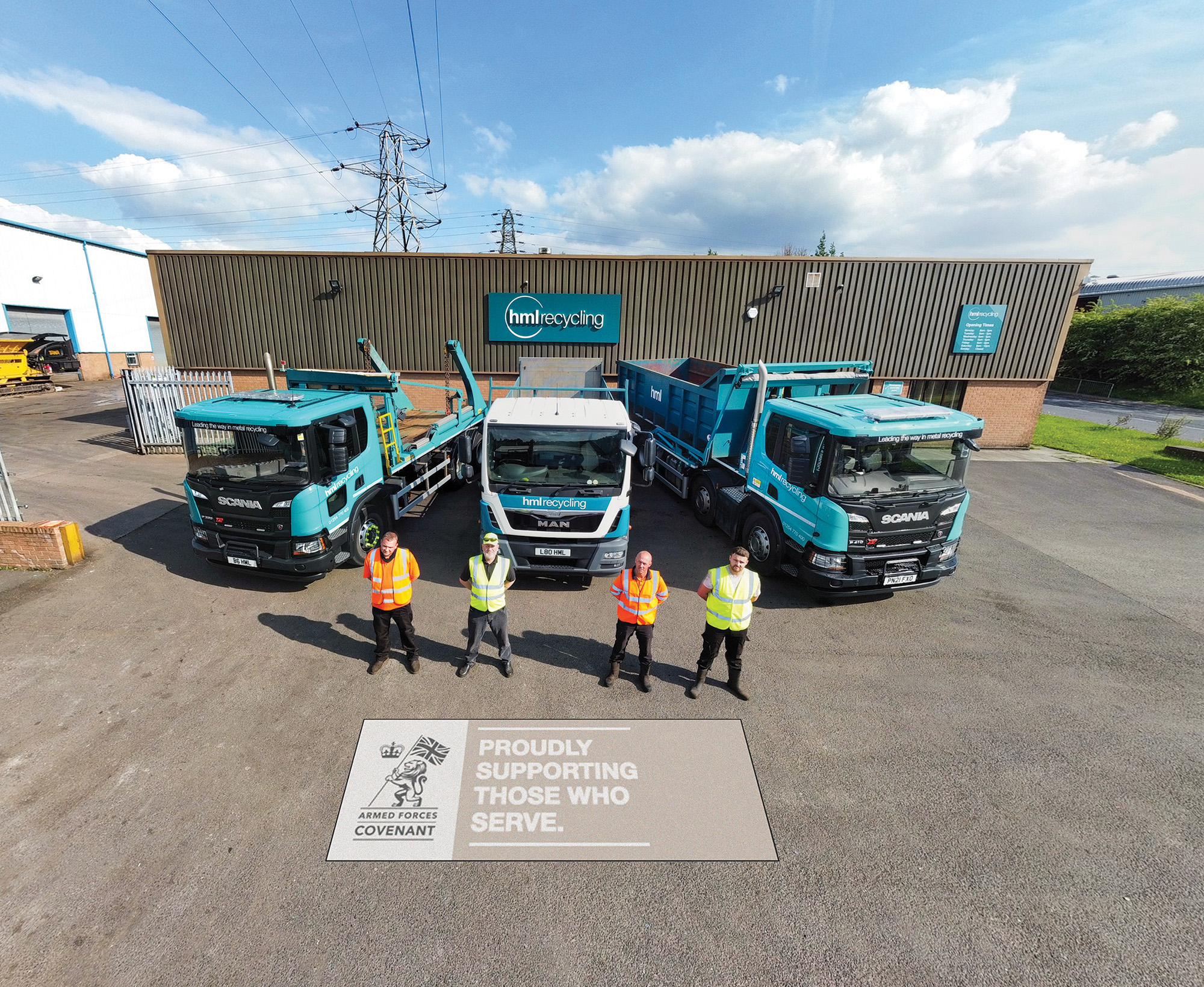 HML Recycling, the Hyndburn-based metal recycling company, have signed the official Armed Forces Covenant to support and recognise military personnel. They actively recruit from the armed forces community, and are committed to helping them to transition into civilian life.

After active service, one of the biggest challenges veterans face is returning to life back home in the UK. It’s a difficult transition, and one that takes time and patience. But with help, understanding, and respect, these men and women can return to civilian life, bringing unique skills, strength and discipline with them.

The Armed Forces Covenant is a promise from the nation that those who have served in the armed forces will be treated fairly, and with the respect they deserve. The support it provides covers education and training, family well-being, getting a home, starting a new career, healthcare, financial assistance, and more. It’s a binding agreement that says that HML and other likeminded companies respect the contribution that the Armed Forces and military families make to the country.

John Bamber, Compliance Officer and ex Army Sergeant, said: “Joining HML is great because it makes you feel part of a team. It gives you something to focus on and that helps when you’re trying to adapt to civilian life. The wellbeing of the team is foremost in our mind.”

Stuart Rogan, Managing Director of HML Recycling, added: “There are so many benefits from employing ex-military personnel. They’re disciplined, they’re physically fit and they know how to work as a team. We’ve got quite a few members of staff from military backgrounds – all the way up to our Compliance Officer. Signing the Armed Forces Covenant is a great way to pay our respect!”

HML have been established for over 50 years and are industry leaders, and category experts. They excel on duty of care and environmental legislation, and are licensed brokers. They have a history of turning scrap metal into charitable donations, and support many local charities including Accrington Stanley Supporter’s Club, RSPCA, Maundy Relief and the Official Accrington Stanley Supporter’s Trust.